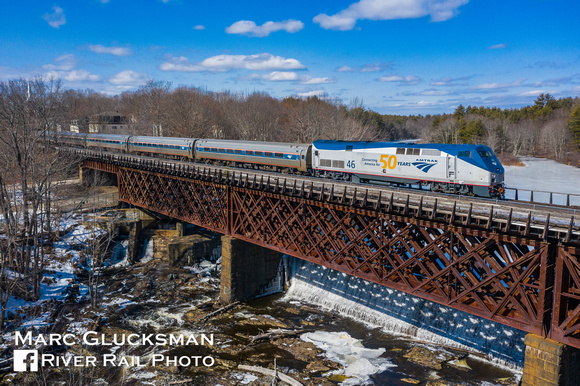 Happy Anniversary! The first unit to receive a special paint scheme for Amtrak's Anniversary in 2021 was GE P42DC 46, chosen for the planned Presidential Inaugural train. On March 3, 2021, it lead Amtrak Downeaster Train 681 over the Salmon Falls River in Wallingford, New Hampshire on its route from North Station, Boston, Massachusetts to Brunswick, Maine. On May 1, 2021, Amtrak celebrates 50 years of providing passenger service.