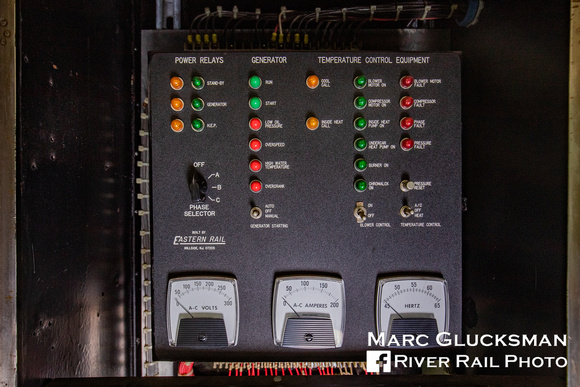 Let The Restoration Begin. The RPCX 300 has arrived at its new home in Indiana. Built by Pullman as Norfolk and Western #300 in 1917, it would later be renamed "Roanoke" and was part of the N&W roster though the merger with Southern Railway that formed Norfolk Southern Corp. From 1987 to 1991, it was in the hands of a private owner, who certified the car to modern standards and rode across the continent on both Amtrak and VIA. The N&W 300 group was formed as a 501c3 in 2019 to return the car to operation. At the present time, it is planned to be restored to operation for shortline and charter use, and will into operate on Amtrak. On Wednesday, January 27, 2021, a visit to the car revealed significant progress. The electrical locker i in pristine condition after being rebuilt by Eastern Rail of Hillside, New Jersey in 1988.