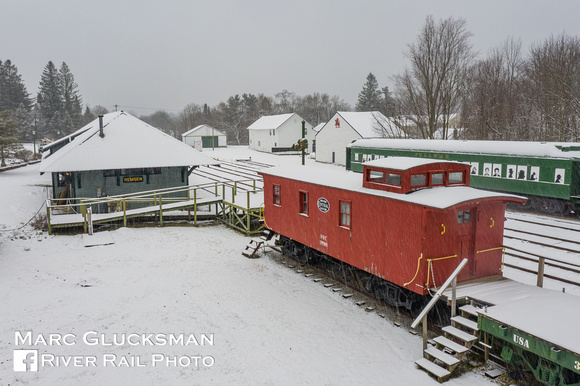 Where The 25 Is Moving. The Remsen Depot in Remsen, New York will be the future home of former Adirondack Railway Corporation 25 Alco RSC2. It will join a few pieces of equipment, including former New York Central Railroad Caboose 19059, which was built in 1915 and moved to the site in 2005.

The depot building is a completely new structure, built on the site of the previous station. The Remsen Development Corporation organized donations and work for construction, and it was completed in 1999. Today it serves various community functions, as well as being a stop on the Adirondack Railroad.
Marc Glucksman
User Agreement
Cancel
Continue