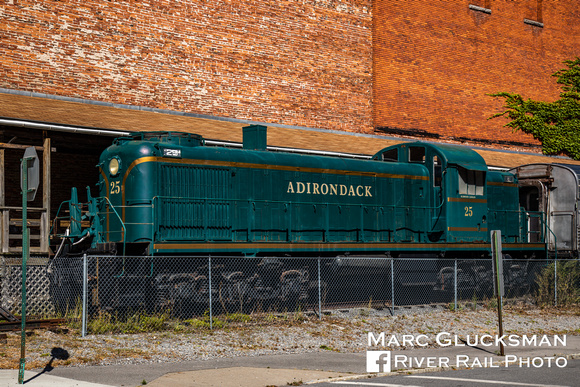 Somebody Save Me. When seen on September 23, 2018, former Adirondack Railway Corporation Alco RSC2 25 was sitting next to the Adirondack Children's Museum in Utica, New York where it had been on static display for decades. A recent change in the museum's management has caused a short deadline on moving this rare engine before they have decided it will be scrapped. Built in 1949, it served Seaboard Air Line as #1531 before making its way to New York State and the 1980 Olympic Specials that operated over the former Adirondack Branch of the New York Central. The group is half way to their goal of saving this unit for future generations to properly interpret the history of their local railroads.
For more information and to donate:
https://www.gofundme.com/f/save-the-adirondack-25
© River Rail Photo
User Agreement
Cancel
Continue