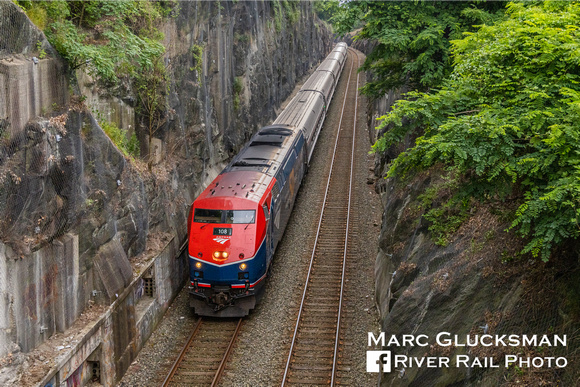 Yup, This Is Manhattan. Occasionally, Amtrak's diesel fleet of P42s will be employed in Empire Service in place of Phase III painted P32 dual-modes on trains to New York's Penn Station, and on June 22, 2022, AMTK 108 (P42DC, Phase VI, 50th Anniversary) made a visit to lead train 283. Not quite the urban scene one might expect in New York City, the train is seen passing through the rock cut under the George Washington Bridge, and 108 will lead all the way to Niagara Falls, New York.