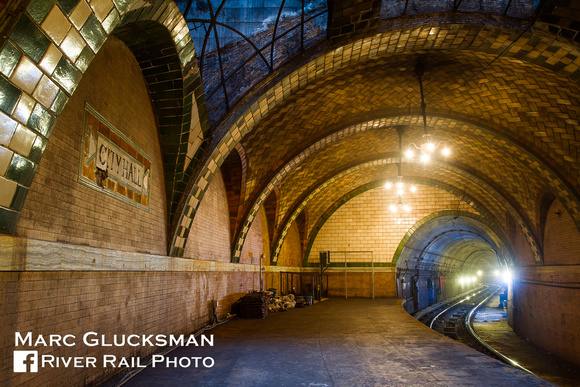 <b>117 Years Old.</b> When the New York City Subway opened on October 27, 1904, the Interboro Rapid Transit (IRT)
City Hall Station in New York, New York was the place where VIP guests boarded the first train. Mayor George B. McClellan would operate the train for some portion of the run, as would Mayor Michael Bloomberg 100 years later. With twelve vaulted arches designed and installed by the Guastavino Fireproof Construction Company, its appearance is unique on the NYC Subway. The station would close on December 31, 1945 when platforms were extended at nearby stations to accommodate longer trains. While one may stay on a "6" train to go around the loop and see the station from the train, the only way for a non-employee to access the platform is to take one of the New York Transit Museum "Members Only" tours, which are normally offered a few times a year.
Marc Glucksman
User Agreement
Cancel
Continue